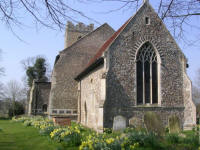 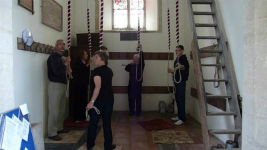 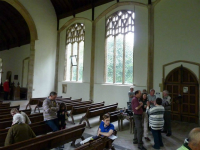 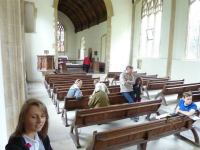 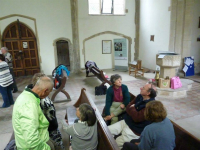 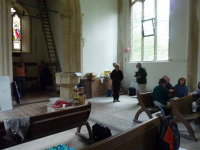 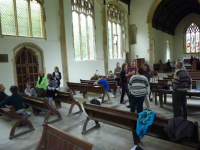 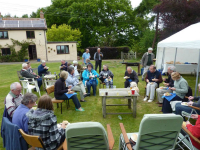 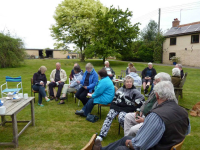 Rickinghall Superior, as those who have rung there will know, are a challenging ring, but all the bands taking part rose admirably to this challenge and the general standard of the ringing was really good.

The remaining teams, Stowmarket, Stowmarket Deanery, Bury St Edmunds ‘A’ and Rougham all rang a method.

A new call change shield had been provided by Chris Davies, Neville Whittell and Winston Girling and this was presented to the call change winners, Bury St. Edmunds Alpha. Great Barton were placed second and Thornham Magna/Eye/Redgrave third. The faults were 15, 16 ½ and 68 ½ respectively.

For the remaining teams Stowmarket and Stowmarket Deanery were joint winners, with Bury St Edmunds A second and Rougham third. The Win and Henry Ivings shield was presented to the winning teams. Faults were 12, 19 ½ and 51 ½ respectively.

May I congratulate the winning bands of the day, and thank all for taking part and making the day such a resounding success. Thanks must also go to Jeremy Spiller for judging the competition so efficiently.

Lastly, I cannot thank enough Briony and Chris Davies who invited us to their home at Redgrave for a barbeque to round off the day. This was much enjoyed and appreciated by all.

It would be great to see even more teams taking part next year,