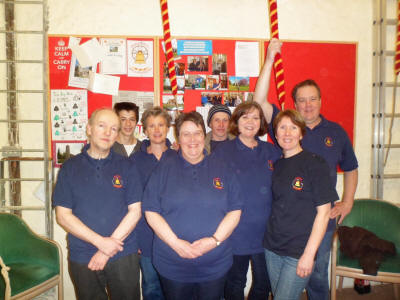 Starting a new band from nothing is one of the hardest things I have ever had to do. It's a labour of love, full of disappointments and frustrations. Then every now and then there is a glimmer of light, a corner is turned, the band begin to gel... More people join, the atmosphere changes and suddenly, you have a band of ringers where previously the tower was silent for decades.

This is what happened at Bardwell a couple of years ago when Anthony Mitchell joined the band. Already in his late seventies, Anthony was thrilled to be part of the band and gave his all. He made the 7th his own. He came on outings, to the pub, and on all our numerous social events, and he joined the Suffolk Guild. Anthony was like a special kind of magic glue which brought everyone together.

Sadly, Anthony became unable to ring because of ill health just after Christmas and died on March 2. What better tribute could we give to him than for everyone to dig deep and ring a quarter peal, with the band made up entirely of our practice night regulars. It was a real achievement for all, and it made us feel proud we could do that for our friend.