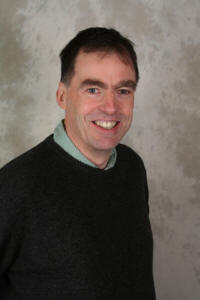 I feel very honoured, and slightly awed, to be your Chairman. Clearly spending the afternoon at home in bed when I should have been at the AGM did nothing to put you off voting for me, or perhaps you thought you were voting for someone else. I thought it might be helpful if I told you a little about my background and outlined my aims for my time in office.

I was born in Suffolk and learned to ring at Carlton Colville, now a 12 cwt 6, then just a 5, taught by my father who was Tower Captain there (and also NDA Eastern Branch Secretary). I rang my first quarter peal there - good old treble to Bob Doubles – and my first peal at the same time as my sister, who now lives in Beccles. We all rang at Lowestoft (8) for a year or two after we’d moved there before I left home for university at Southampton, which was a hotbed of 10-bell ringing. After university and training as a chartered accountant I moved to Winchester and spent 25 years as a member of the Cathedral band, during which time the bells were augmented from 12 to 14, and my claim to fame is to have called the first quarter peal of 14-in on tower bells. While at Winchester I was also Tower Captain at Compton, a 3-bell tower, so ringing on a Sunday went from the sublime to the ridiculous (or the other way round depending on your point of view!).

I returned to Suffolk just over three years ago and now ring at Halesworth where the light of my life (as she likes to be known), Maggie, is Tower Captain. I am a not-particularly-active member of the Society of Royal Cumberland Youths, but I do try to attend the Eastern Cumberlands practices when they are within easy reach. I’ve always enjoyed teaching people to ring, even if none of my pupils has ever achieved ringing stardom: even my daughter, having learned to hunt the treble to Bob Doubles, worked out that “dad” = “sad”, “ringing” = “dad”, therefore……….. I’m currently excited at being involved in teaching new bands at Wissett and Wenhaston, with Huntingfield due to start soon.

As you will see I have been lucky over the years to experience ringing on all numbers (except 16 – going to Birmingham next week!), which I hope gives me some insight into the very different problems faced by rural churches, cathedrals, and most things in between. Here in Suffolk we also have the problem of an apparently healthy membership of over 700, but spread thinly over a large county. The problem can be eased by clustering bands together – in the Blyth Valley, Jason our Deanery Rep has the specific job of “fixing” bands for all special services where there are not enough local ringers – but sometimes there are just not enough bodies to go round. I have been impressed by how many good ringers there are in Suffolk, but sometimes getting them in the same tower at the same time means that many miles have to be travelled, and good ringing can therefore require commitment as well as ability.

The problem also affects the other end of the spectrum. Teaching ringers from scratch is a long slow job, and not all ringers are good at it. Those that are find themselves in demand, and struggle to give as much time to this important job as they would like. I would like to see a network of teachers across the county, whom towers can call upon to provide assistance with teaching, both of brand new ringers and improving ringers: all too often a fledgling ringer’s progress comes to a halt as soon as they are good enough to ring rounds on a Sunday. We therefore need to teach the teachers, something the Central Council is keen on developing nationwide.

This all requires a high level of communication between our many outposts, but fortunately we have developed technology to help with this. I want to establish a Guild-wide email directory to speed up and improve communication. For example, “What’s On” is a great little publication but, by the time it reaches its target, it is only useful for planning a couple of weeks ahead (although the on-line version has no such restriction). How we develop comprehensive email communication is open to debate, and ideas are welcome. We have to take care that members are not excluded through lack of technological resource, but there has to be a better way of reaching ALL the membership than getting deanery reps to drive around the county hand-delivering notices, or going to the expense of mailing 700 letters every now and again.

Finally, I would like to see more people actively involved in Guild activities. All too often people will not put themselves forward for a role because they perceive that it will require too much of their time, and often they are right. The solution is to split each job into manageable tasks, which can be separately delegated. Asking someone to organise every social event for a year is a big ask: asking someone to find and book A hall for AN event is less daunting and more likely to be accepted. Similarly I shall be encouraging my fellow officers to delegate as much as they can of what they already do (without completely abdicating all responsibility for everything). This will have the added bonus of giving experience to the next wave of potential officers.

I hope to meet lots of you over the next few months by getting around to different district events - do please invite me to anything special, or even routine - and by welcoming you to the NE District for the Guild Striking Competition on 17th May at Sweffling and Rendham.